We are becoming mechanically whole again in our household. The last time we were whole was in 1988 when remote controls for the TV required batteries, before Blue Tooth, before touch pads.

I didn't even know what items in our house ran on batteries until my husband was in the hospital for 2 weeks in 1988. Every day, I'd come home from visiting him, exhausted. I relied on network television as if I were sucking my thumb.

In the morning, I'd drag myself out of bed, ready for work, and as I have always done since I was a teenager,  I'd weigh myself, gingerly stepping on the scale after removing even my rings.  I feared weight gain, and if I felt fat, I'd wait another day, and maybe another, until I felt I could handle what the scale said without getting so disheartened that only a jar of Hellman's mayonnaise with teaspoon of oily tuna could console me.

The hospital cafeteria and coffee shop, where I took breaks from soothing my husband, both before and after a painful spine surgery, presented salivating challenges that no one could surmount. Deep fried fish in batter that you only get in a alluring dives,  french fries swept into a cardboard boat that made you feel like the antiseptic smells all around you were really boardwalk odors. Grilled cheese, bacon, and canned cherry pie al la mode. I indulged.

On the seventh day of his hospitalization,  I weighed myself carefully. The scale didn't give me a readout. There was nothing but zeroes in all three slots. I moved it around. Nothing. Broken, I said to myself.  I didn't tell my husband. He always thought I was nuts for weighing myself daily. On demerol he wouldve not cared at all.

For two days I also sat in our dark TV  room because the intricate set of switches he designed for turning on anything had a master switch that I couldn't find.  On the eleventh day, the TV remote didn't work.  My home life was getting dimmer and dimmer. I sat in various rooms, ones where bulbs hadn't blown out. I read in an upright Pilgrimesque chair in the dinning room, where two high-hat recessed bulbs were blown, but there was a working lamp.

On exactly the same day, both the old Sony TV in the remote and the cordless phone died. Oh, the phone charger and the bottom of the phone were not making contact. There is a remedy for that I've since learned. Rubber erasers.

That was it! I got up from a seated position and used an on/off button on the TV. It actually had those words rather than now ubiquitous red open circle with a vertical line . I went to a department store home good section and bought a scale with a real needle in the dial. One my doctors has a rusted Detecto one next to dreaded real deal that measures your height too. We all like that dial and the fact that the springs respond to a gentle step by rewarding you with a lower weight seems only fair if you take your time.

Over the past 25 years our home remote control system for working anything, including the air conditioner has become obscene. There is the LG, there is the Mitsubishi, there is the other thing that controls the Blue Ray, and then there was the stereo tuner control that required 10 lines of instructions so that even my young grandchildren who could program a space ship didn't even try. They'd just yell out for "help!"

Last week my husband began a conversation in the car. I could tell where he was going. I had so objected to the million dollar BSR 10 Universal remote for the B & K that he purchased 10 years ago, (and still required several satellite remotes around its "Universe.) that he was now  telling me he was going to make me happy. Finally one remote for everything! It did however come with a ten thousand pound box ( not to mention dollars) that needed two boys to hoist in onto the shelf below the TV, below the Apple airport, below the Apple TV to install an Arcan system in place of the B &K. He promises he will sell the B & K on Ebay. 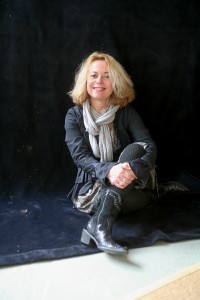 Relaxing without the remote control

The Arcan came with a new remote, a clickie that is quite sleek and fits into a base like the phone on a charger. I have already tried to answer the remote when the phone rings.

Every morning for 10 days I'd find my husband with the new remote in hand, "programming it," and finally "getting the pause button working."  I must admit it was a pleasure to turn on every media device in the house by just aiming this sleek baby at the device. I dropped out my clickie support group and began to feel free to watch TV. I even got so far as to learn all of the input options and music and film and actually see my computer screen at 52 inches wide. Whoa!

Nervous breakdown on its way. Christmas Day brings a revolt. The new remote won't play the sound into the speakers, but only into a headset. Manufacturers guarantee this tres cher item, so it is going back into the box after we hire two sumo wrestlers to put it in the box and pay the shipping as if it's an armoire.

Rabbit ears are looking better and better on the vintage bakelite TV we bought and got working just for fun.